Home » baby health » Why Is My Newborn Always Sticking Out Tongue? Is It Normal? 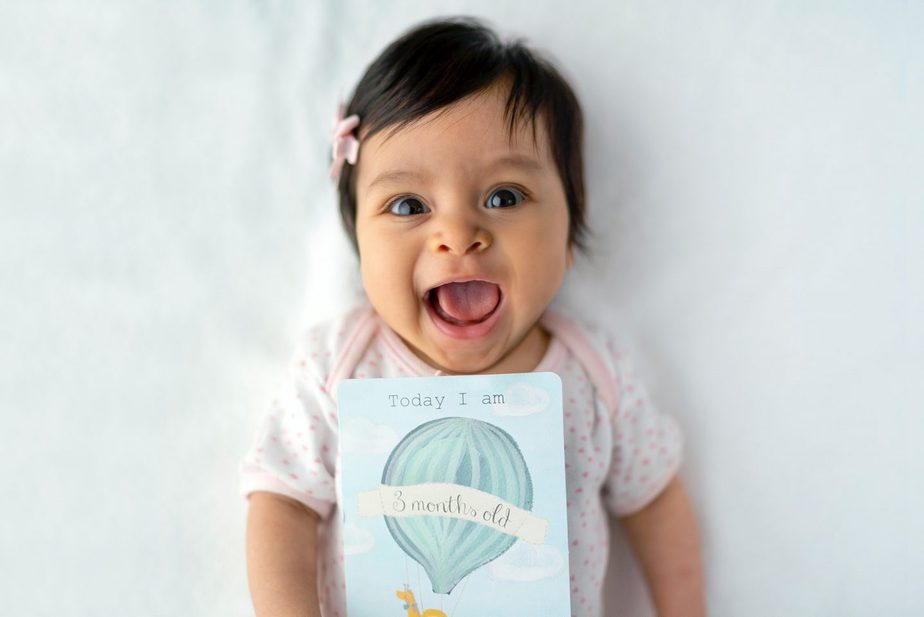 To your relief newborn sticking out tongue is a normal act. This phenomenon is called tongue-thrust reflex which is a part of the newborn’s sucking reflex.

However, newborn sticking out tongue can indicate a couple of harmful conditions like macroglossia and Down syndrome. But these are pretty rare conditions and have other associated signs as well.

So what is the logic behind this sticking out the tongue? As you already know that sticking out tongue is a part of sucking reflex which is normal at this age. Newborns use their tongue to latch on the nipple and by sticking it out they avoid choking.

Here are some theories associated with newborn sticking out tongue:

If you think that newborns don’t have any concern with their surroundings, you are completely wrong. They don’t only perceive information from their surroundings but also try to interact in several ways. Several studies published in the Journal of Developmental Science provide strong evidence for it.

So it is pretty much possible that when your baby sticks out his or her tongue when you are around he or she is trying to imitate or play with you.

As we know that newborns stick their tongue out as a part of sucking reflex. This reflex usually lasts 4 to 6 initial months of life and disappears gradually. However, some babies keep doing this merely as a habit. It is pretty normal and they learn to keep their tongue inside later in life.

The bigger the pipe the better is the flow. Newborns apply the same principle when they use their mouth for breathing purposes. But this mostly happens with nasal congestion as a triggering factor. A large tonsil, an adenoid, or any other mass obstructing the nasal passage causes the tongue to stick out to use their mouth as a breathing passage. However, you also observe other signs of nasal congestion which include:

If you find these signs along with sticking out of tongue you should visit a pediatrician as most of the conditions are surgically removable.

You know that crying is a way of newborn communicating to you for their needs. It may be for food or several other things. But crying comes way late in communication for food than some other instincts. Sticking out tongue is one of the earlier ways where newborns try to communicate with you whether they are hungry or they are full.

Here are some other early signs of hunger as noted by the CDC:

Similarly sticking out tongue could mean that the newborn is full. Other signs of your baby being full include:

See your newborn is trying to communicate with you even at this early stage only if you know what he or she is saying.

A strange study has also shown that a lot of newborns stick out their tongue when they are passing gas. However, this behavior varies from baby to baby. Some just smile and sticks out tongue while others may cry. It is completely normal and doesn’t mean that your baby has some digestion disorder.

Not ready for a solid diet

CDC has recommended adding a solid meal in the diet of the newborn beyond the age of 6 months. This addition is gradual and increases with age. This has led to an interesting observation as different babies react differently to it.

A most remarking finding was the babies who didn’t like the texture of solid food and refuses to take solid food often stick out their tongue. As if saying that they aren’t ready for the solid food yet. You might want to skip the idea of solid food for a couple of weeks.

A tongue larger than usual is called macroglossia and since it is larger it doesn’t confine in the mouth and sticks out. However, is it normal?

It occurs because of genetic variation leading to abnormal muscular or vascular development. Most of the time, it has no association with the dangerous conditions of the newborn. But macroglossia with excessive drooling, poor muscle tone, difficulty feeding, and delayed milestones could mean genetic disorders like Down syndrome or Beckwith-Wiedemann syndrome.

Contrary to macroglossia, micrognathia i.e. small mouth is mostly associated with a syndrome. Micrognathia is genetic and can be normal without any association with a genetic disorder but the chances are less.

Micrognathia is found in syndromes like Pierre Robin syndrome, DiGeorge syndrome and Beckwith—Wiedemann syndrome. One also finds cleft palate or cleft lip associated with it as well.

Newborn sticking out tongue: When to worry and when not to

Sticking out tongue in newborns is a pretty normal phenomenon. However, if you find that your newborn is drooling too much or is having difficulty with swallowing or have a weird noise when he or she breathes you should consult a pediatrician. There are some genetic conditions associated with it as well but your doctor is the best person to tell you that.

Also read: My Baby Won’t Sleep Unless Held – Should I Be Worried?