Home » menstrual cycle » Spotting During Ovulation – Answers to All Queries! 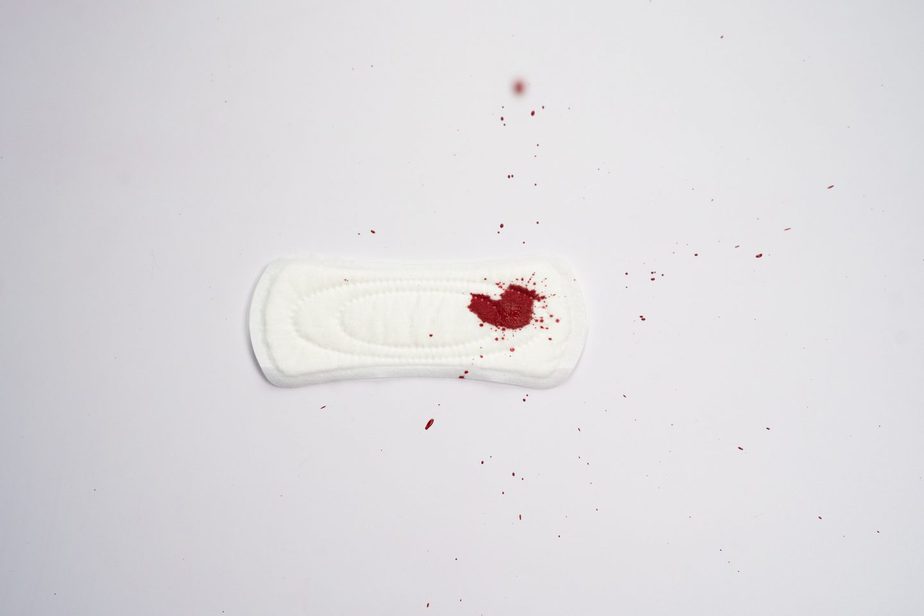 Do you sometimes notice brown spots on your underwear around the middle of your cycle? Are you concerned about the vaginal bleeding about 2 weeks after your period?  Do you find yourself wondering “Oh, why have I got my period so early?” But does it disappear soon and you have your period 2 weeks later again? Well, you have come to the right place to know about spotting during ovulation.

Being a woman, you should know the basic events and hormonal changes in your menstrual cycle. This helps you understand any symptoms you might be experiencing like spotting during ovulation and the reason behind it. This can also help you get pregnant or avoid getting pregnant.

Also Read: How Long Does it Take Birth Control To Work?

Also Read: Breast Soreness and Menstrual Cycle – Are These Interlinked?

If the egg is fertilized by sperm

If fertilization has occurred, the embryo travels to the uterus and implants in the uterine wall 8-10 days later. The follicle continues producing progesterone to maintain pregnancy.

If the egg is not fertilized

Then it sheds along with your menstrual bleeding because of a decrease in progesterone. And you have your period! It is kind of nature’s way of telling you “Relax! You aren’t pregnant!” You might be thinking, “It could just send us a text to inform us.” Well yeah, life would have been much easier!

Also Read: What is Medical Abortion? Its Types and Precautions

What is spotting during ovulation?

When does it occur?

It accompanies ovulation. So it usually occurs on the 14th day of your cycle. But it can vary in different women and can occur anywhere between the 11th and 21st day of your cycle, depending on when ovulation takes place.

How common is spotting during ovulation?

According to a study that was performed on 259 regularly-menstruating, healthy female volunteers from New York, 4.8% of women experienced mid-cycle bleeding.

Also Read: What Are the Chances of Getting Pregnant Before Period?

Why does spotting during ovulation occur?

Unfortunately, research has not shown the exact reason for spotting during ovulation. However, it is believed that it is due to the rapid hormonal changes during ovulation. Ovulation is triggered by an acute LH surge which may cause spotting.

There is a shift in the balance between estrogen and progesterone at ovulation. During the initial part of your menstrual cycle, estrogen is the dominant hormone. After ovulation, in the latter half of the cycle, the estrogen level decreases while the progesterone level increases. The hormone changes result in the weakening of the follicle’s surface and create a hole that allows the egg to pass through. Thus, the rupture of the follicle may cause spotting.

It is also possible that the estrogen spike results in spotting during ovulation.

Also Read: Things To Do Before Pregnancy

The color of blood depends on the speed of blood. It may be pink to bright red or dark brown in color. It is usually pink due to the cervical fluid that increases during ovulation. The brown-colored spotting indicates the presence of older blood within this period. When this type of blood leaves your body, it appears brown instead of the usual red.

Spotting during ovulation is much lighter than your period. If you are experiencing heavy bleeding, it is less likely to be ovulation spotting.

How long does it last?

It typically lasts for 1-2 days. If it lasts for a long duration, you need to consult a doctor.

Should I use a pad or tampon?

Spotting during ovulation is usually light; much lighter than your period. So you may not need to wear a pad or tampon. A thin panty liner would do. However, use feminine hygiene products according to the amount of bleeding. Wear whatever saves your clothes from staining and makes you feel comfortable.

Also Read: Things To Do Before Getting Pregnant

Is spotting during ovulation normal?

Well, this is probably what you were looking for! Yes, spotting during ovulation is rare but it is normal. But you have to be sure that it is due to ovulation. Because many other normal and abnormal conditions may cause spotting.

Other than being normal, it can be an advantage!

Ovulation during spotting can in fact be a blessing in disguise if you are trying to conceive. It serves as a fertility indicator. It helps you track the time of ovulation and your fertile window. Because it indicates the time when the egg is released. The egg lives for 12 to 24 hours. However, your fertile window is longer i.e. 5-6 days. This is because the sperm can survive for 3-5 days in the woman’s reproductive system.

This is why your doctor must have advised you to find the day of ovulation, and have more sex on this day, 4-5 days before it, and 1 day after it. Thus to increase your chances of having a baby, it is best to have sex when you notice ovulation spotting and one day after it as well.

How to identify spotting during ovulation?

Also read: Discuss This With Your Partner Before Getting Pregnant

Other signs of ovulation

You must be interested to know the signs of ovulation to find the time of ovulation. This not only helps you get pregnant but also helps you identify whether your spotting is due to ovulation.

There is a slight decline in basal temperature before ovulation followed by a sharp increase at the time of ovulation. You should chart your body temperature if you are trying to get pregnant.

Pain on one side of the abdomen

There is pain or dull ache on one side of the abdomen, as one of the ovaries is ovulating.

These high levels of LH are the basis of ovulatory tests.

The hormones released after ovulation cause breast tenderness.

Ovulation is characterized by an increased sex drive. Well, nature knows how to get you to have sex at an ideal time for conception.

You should have an idea of other conditions that might cause intermenstrual bleeding so that you can distinguish spotting during ovulation from other normal and abnormal conditions.

Implantation of the egg in the uterine wall may also cause spotting in most women. It is one of the earliest signs of pregnancy and occurs a few days before your next period, unlike ovulation spotting which occurs around mid-cycle. You can also experience headaches, nausea, mood swings, breast tenderness, light cramping, and fatigue during implantation spotting.

Do not confuse it with spotting during ovulation. And go for pregnancy tests. However, implantation spotting is also completely normal and is not a danger for the baby.

Also Read: 10 Homemade Pregnancy Tests That Will Sort Your Confusion Out

Other conditions that can show spotting are:

Research has shown that dysfunctional uterine bleeding may be an early symptom of Polycystic Ovarian Syndrome (PCOS) in adolescents.

When to see a doctor?

Do not worry. If you have light bleeding at the time of ovulation which stops in a couple of days, there is nothing to worry about. It’s probably just spotting during ovulation. However, you must see a doctor if:

Also Read: Why Is It Healthy To Become Pregnant Before 30?

The doctor might perform the following tests/ exams to see if the bleeding is normal or not:

Spotting during ovulation occurs in less than 5% of women. But it is pretty normal if there is light bleeding around the time of ovulation which stops in a couple of days. It is a fertility indicator for women who are trying to conceive. However, look for signs that may indicate serious conditions that need to be treated. Your best bet is visiting a gynecologist!